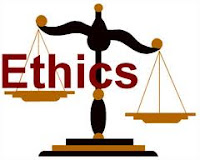 We have all heard of the Golden Rule (Treat others as we would like others to treat us), which is accepted as a universal moral principle and perhaps THE starting principle of morality. Many religions and moral philosophies build on it. And may people aspire to live by it on an individual basis. That's all to the good, although one might expect that it should be broadened to include what others need as well as want. As historian Karl Popper said:

"The golden rule is a good standard which is further improved by doing unto others, wherever possible, as they want to be done by." (The Open Society and Its Enemies, Vol. 2)

But often the Golden Rule is equated to its individualistic Christian form without acknowledging its implied recognition of a broader, contextualized reciprocal responsibility. This implied impartiality leads logically to some notion of justice for all and the common good. This connection to a proto-Social Justice is what some conservatives voices have objected to as an morality matured beyond the basic Golden Rule.

The notion at the core of any mature morality involves some idea of impartiality. In simple situations if you are asked to justify your actions, and you may just say,"Well I wanted to". This is just an expression of selfish desire and not ethics or impartiality. But a person might have a more complicated explanations guided by a rule like "It was my turn" or as when young siblings argue "He got one and this is my fair share". These are more like a nuanced moral, stance because they imply that it is reasonable that others in similar situations could or would have done the same. This is reasonable and is the sort of argument that could be convincing to a neutral observer and is at the foundation of standards of justice and law. The philosopher Peter Singer suggests that this notion of impartiality and reciprocity can be found in systems of morality, starting with the golden rule.

This basic ethic of neutral reciprocity itself was present in certain forms in the philosophies of ancient Babylon, Egypt, Persia, India, Greece, China and elsewhere but it is worth considering some of the ideas implied in alternative formulations and variants that go beyond it to rules of other metals than Gold.

The Wikipedia section on Golden Rule http://en.wikipedia.org/wiki/The_Golden_Rule describes the maxim as an ethic of reciprocity. The core idea can essentially be stated in positive or negative terms about individual responsibility:

The later form is also called the Silver Rule, but it is only one variant of many possible expressions. Statements that mirror the Golden Rule appear in Ancient Egypt in the story of The Eloquent Peasant http://en.wikipedia.org/wiki/The_Eloquent_Peasant. states that "the label 'golden' was applied by Confucius (551–479 B.C.) http://en.wikipedia.org/wiki/Confucius , who wrote a version of the Silver The Christian form of it from Matthew [7:12] is probably the best known in the West that crowds out other formulations (and some subtle implications_:

Do unto others as you would have them do unto you.”

But there are many versions as various religions have their form of it as well as many schools of philosophy. Among the earlier statements that capture the idea of a Golden Rule are those appear in an ancient Egyptian (Middle Kingdom, c. 2040–1650 BCE) the story called The Eloquent Peasant:

"Now this is the command: Do to the doer to cause that he do thus to you"

According to many, the first know use of the phrase 'golden' was by Confucius (551–479 B.C.) and expressed the well-known principle, "Surely it is the maxim of loving-kindness: Do not do to others what you do not want done to yourself", one of the earlier versions of the Golden Rule [Analects 15,23]. He also wrote a version of the Silver form.

These along with the classic Greek versions found in Thales & Plato, predate Christianity and therefore could claim prior credit - if one was to look at this as Judeo-Christianity finding some newly found moral principal, which they did not. What we find in older version is the responsibility idea connected to other ideas or rationales.Thales version includes the idea of blame as a test of doing something wrong:

"Avoid doing what you would blame others for doing."

"May I do to others as I would that they should do unto me."

The Wiccan formulation is perhaps the simplest and is similar to words in the Hippocratic Oath - "Do no harm." Some call this the Silver Rule as later championed by Gandhi and Martin Luther King, Jr. as a way to compensate for the Golden Rule's shortcomings. To others the silver rule is the golden rule without the gold:

“What you do not wish done to you, do not do to others.”


The Golder Rule with is positive responsibility is sometimes contrasted with the "right of 'wild' reciprocal justice such as seen the Jewish formulation in Exodus 21 of "life for life, eye for eye, tooth for tooth, hand for hand, foot for foot, burn for burn, wound for wound, stripe for stripe".

Better are other reciprocal responsibility that adds (or implies) the associated ideas of duty, goodness, rights, harm, desires etc which them interesting in their own right. The Baha'i Faith presents the rule in the context of burdens, avoiding unnecessary ones and lays out what outcomes an individual should want or desire.

“Lay not on any soul a load that you would not wish to be laid upon you, and desire not for anyone the things you would not desire for yourself.”[Baha'u'llah, Gleanings, LXVI:8 ]

Buddhism has a similar ring using the stronger implication of harm but still has a self centered notion of it:

"Hurt not others in ways that you yourself would find hurtful." [Udana-Varga 5,18] as does Hinduism with its:

"This is the sum of duty: do naught unto others which would cause you pain if done to you." [Mahabharata 5,1517]

Islam sees the golden rule as affirming their belief:
"No man is a true believer unless he desireth for his brother that which he desireth for
himself." [Azizullah, Hadith 150]

One problem with many of these older formulations is that it is not clear what the scope of responsibility is. In some cases old commandments were to men and asymmetrical reflecting women as property. In others it might be interpreted as just a rule applying with the community. It is better when we make it clear that we should apply the reciprocity ethic not just only within one's community, but when dealing with persons of other religions, the other gender, other races, other sexual orientations, etc. This is note always a welcome idea in an individualistic age where the idea of Ayn Rand and Glenn Beck are treated with religious conviction. Followers of such thinker are threatened when some non-religious philosophy expressed the rule more explicitly in a broader social context. I think that they err by claims that we exist only for our individual selves or only for some focused grouping of family, tribe or nation. The more we grow in ethical maturity, the wider has become the range of our moral concern. But cosmopolitanism is an old idea itself which we see in the Greeks and other around 400 BCE. Mohism, for example developed around the same time as Confusionism and expressed it golden rule not in terms of individuals but of families and neighbors:

The philosopher Mozi regarded the golden rule not a panacea in itself but as a corollary supporting the cardinal virtue of broad impartiality. In secular terms, the 20th philosopher John Rawls developed a similar idea asking people to look at what is virtuous from a "veil of ignorance" perspective which gives others rights simply by virtue of because they are human. Within a neutral, impartial context a golden rule works to encourage egalitarianism and selflessness in relationships and thus promotes a civic and just society.

"The Maxim [of the Golden Rule] does not imply that we should always do to others exactly that which we should wish under our own present circumstances (which may be quite different from theirs) to be done to us. What the maxim implies is that we are, as far as possible, to put ourselves in the place of others; to consider what we would wish to be done to us, were we in their circumstances."

This has been formalized as a Platinum Rule which takes others desires into account and simple says:

"Treat others the way they want to be treated."

Now we are accommodating the feelings of others. The focus of the relationships shifts from a self insight "this is what I want, so I'll give everyone the same thing" to an insight about what others wants (and possibly needs). It's more cognitive and relies on connecting an understand of what others want with some social responsibility to enabling them to have it. This is an insight that emerges within human societies made up of intelligent, deliberating and negotiating beings. Its value is that it can override more parochial impulses.

So its great power is that it is just a few small steps from this formulation to the idea of social justice with its implied broader social responsibility. We quickly come to a principle that asserts that society has an obligation to ensure all have a right to have basic needs met regardless of their level of wealth, social status or political power. We quickly come to a recognition of others needs for things like adequate nutrition, health care, shelter, education and others. These rights are based on a more social principle of the common good that contrasts with the pursuit of unbridled, leaden self-interest. It's an idea that people like Glenn Beck hate it. Among the things they had is the idea that social justice is a broad civic obligation. We need look no father than the preamble to the US Constitution whose rules exists to, among other things, "establish justice."
Posted by Gary Berg-Cross at 08:41