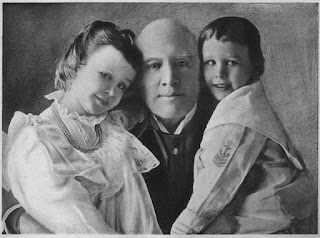 
It is always a pleasure to read Mark (Sam C) Twain and The Mark Twain Project makes that easier than ever with many of his letters and 3 volumes of his later in life Autobiography online.

One very pleasant surprise for me was to read on Twain commenting humorously but insight-fully about Bob (Robert) Ingersoll. There's a section in part 1 of his Autobiography where he talks about his 3 viewing General Grant in 1879, when Grant  had just returned from a journey around the world, and now was to be feasted in Chicago by the veterans of the Army of the Tennessee in what was called The Great Banquet.
He makes himself the audience (although he was to be the final speaker) viewing a contest among the best speakers: 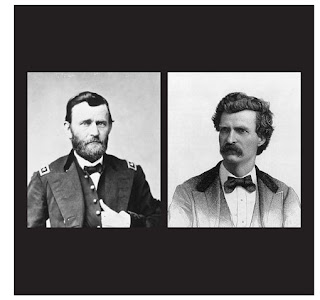 "The speakers were of a rare celebrity and ability.....Colonel Vilas was to respond to a toast, and also Colonel Ingersoll, the silver-tongued infidel, who had begun life in Illinois and was exceedingly popular there. Vilas was from Wisconsin and was very famous as an orator. He had prepared himself superbly for this occasion.
He was about the first speaker on the list of fifteen toasts, and Bob Ingersoll was the ninth."

Twain notes that prior speakers, like Gen Vilas make it hard on Bob Ingersoll who rises to the occasion. You can read that long section in http://gutenberg.net.au/ebooks02/0200551h.html


".....and the last and greatest by Robert Ingersoll, whose eloquence swept the house like a flame. The Howells letter continues:

I doubt if America has ever seen anything quite equal to it; I am well satisfied I shall not live to see its equal again. How pale those speeches are in print, but how radiant, how full of color, how blinding they were in the delivery! Bob Ingersoll's music will sing through my memory always as the divinest that ever enchanted my ears. And I shall always see him, as he stood that night on a dinner-table, under the flash of lights and banners, in the midst of seven hundred frantic shouters, the most beautiful human creature that ever lived. "They fought, that a mother might own her child." The words look like any other print, but, Lord bless me! he borrowed the very accent of the angel of mercy to say them in, and you should have seen that vast house rise to its feet; and you should have heard the hurricane that followed.  from http://mark-twain.classic-literature.co.uk/mark-twain-a-biography-volume-ii-part-1-1875-1886/ebook-page-39.asp"

You also get some of Twain's enthusiasm in a letter to his wife, Livy which is copied below:


I’ve just come to my room. Livy darling, I guess this was the memorable night of my life. By George, I never was so stirred since I was born. I heard four speeches which I can never forget. One by Emory Storrs, one by Gen. Vilas (O, wasn’t it wonderful!) one by Gen. Logan (mighty stirring), one by somebody whose name escapes me, & one by that splendid old soul, Col. Bob Ingersoll,—oh, it was just the supremest combination of English words that was ever put together since the world began. My soul, how handsome he looked, as he stood on that table, in the midst of those 500 shouting men, & poured the molten silver from his lips! Lord, what an organ is human speech when it is played by a master! All these speeches may look dull in print, but how the lightnings glared around them when they were uttered, & how the crowd roared in response! Ah, It was a great night, a marvelous night, a memorable night. I am so richly repaid for my journey—& how I did long wish with all my whole heart that you were there to be lifted into the very seventh heaven of enthusiasm, as I was. The army songs, the military music, the crashing applause—Lord bless me, it was unspeakable.


This was the first time that Twain heard Ingersoll and his subsequent affection for Bob is shown in a letter he wrote to the orator's daughter after his death in 1899.
"Except my daughter, I have not grieved for any death as I have grieved for his. His was a great and perfect spirit; he was a man—all man from his crown to his footsoles. My reverence for him was deep and genuine: I prize his affection for me and returned it with usury."


from The Robert G. Ingersoll Museum in Dresden, New York
by Herbert A. Wisbey, Jr. 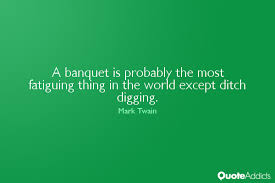 The SCMD recently published a Maryland 2016 GA Report Card spreadsheet with scores ranging from 8 to -4 for each lawmaker so that you can see how your elected representative fared.  Senators are identified by light blue rows.  Delegate Zucker became Senator Zucker in February.  He is identified as a Senator but on some bills he voted as Delegate.  The House bills opposed by the SCMD are followed by the Senate bills we opposed.  Then the House bills and Senate bills we supported are listed.