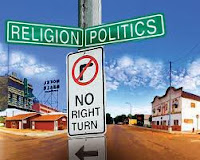 There’s always a swirl of topical conversations flaring up in the news. They clamor for our attention in the modern news cycle of impressionistic info. Some of it is serious with aha moments and useful dialog to help understand issues. Some are trivial and distracting with hot button issues that inflame passions without evoking critical thought. They are more like combat engagements than salon discussions. Most topics of national discussion combine both poles and the vast, mixed territory in between.

Serious, positive and frank conversations provide a basis for real problem solving. They need quality time and thus we need to avoid the distractions of sideshows & carnival like barking. The recent celebration of the King memorial provided some useful conversation about movements and how we get change. The Occupy movement-protest has rattling some cages & spread some interesting talk across the nation. There’s a good argument to be used that it’s changed the national conversation for the better. At least we are hearing something about the relation of financial institutions and government and the nature corporate power in America (see Occupy Wall Street Changing the National Conversation). Occupy has a broad range of topics, but it’s not the only national conversation that had sparked up and arced across the news. These things happen when political debates abound. Several topics have flared up around the MLK monument celebration and the question of which side of issues he would he be on. Some believe that he would have been at an Occupy event rather than his own monument ceremony. As Clarence B. Jones, author of “What Would Martin Say?” argued:

“One of the first things I observed as I watched and listened to various speakers is how few of them emphasized or articulated Dr. King's unshakable consistent commitment to non-violent conflict resolution to improve the quality of life and secure equal justice and economic opportunity. To recite a litany of our current problems and issues without connecting their solutions to non-violent direct civil disobedience to address those problems contradicts the letter and spirit of the legacy of Martin Luther King Jr….”

Dr. King would have been among the first to publicly support "Occupy Wall Street." He would not have waited to gauge public opinion as to whether it was "politically" right or appropriate to embrace and support its objectives.

The Herman Cain campaign has served to stir up a number of discussions on race in politics – always a sensitive issue. Facing the possibility of 2 Black men competing for the Presidency one topic some suggest we are what conservative voices call a post-racial era. Of course as we hear birthers questioning Obama’s legitimacy. When combined with Tea-party signs comparing Obama to Hitler and shouts of taking their country back this is a bit hard to believe. Melissa Harris-Perry is wonderfully rank in her conversations and offers insights on the discussion of race in American. She suggests that the idea we are in a post-racial society is ridiculous. The details of our current conversation serve as a reminder that there is a long history to the Black experience and that Black political ideas are complex and multi-layered with a broad range of prominent Black “voices” from Clarence Thomas to Cain to Obama to Cornell West.

care about a candidate’s faith. Still religion is a hot button topic so you know with confidence that one of the conversations stirred up by our political campaigns the role of religion in selecting our leaders. Rev. Robert Jeffress, a backer of Gov. Perry sparked a heated conversation by arguing that a candidate’s faith is not only a permissible topic for discussion, but a key one. To Jeffress a candidate’s faith is big time important and it should be Christian. But he really sparked a response when he suggested that Mormons aren't Christians (contrary to what they “believe” about themselves) and called Mormonism a cult. Cult is a pejorative term in religious circles and we've had a previous posting on this topic, but I like Tom Wolfe’s take on it – “A cult is a religion with no political power. “

Whatever it is a cult i

s one of those inflaming labels implying something we just can’t tolerate. And others have fired back with a mix of emotion and reason and strong claims. One sign of inflaming conversation is the increasing use of emotionally charged words like “idiot” and “jerk”. Bill Bennett sounds a bit emotional when he referred to Jeffress as a “bigot” & Jon Huntsman called him a “moron” after Jeffress “cult” comments on Mormonism. Jeffress fired back a bit more gently when he called Bill Bennett “Mitt Romney’s surrogate voice”. While some called for civility and tolerance in public discourse, the incendiary rhetoric leaves less space for it.

In a later WaPo article Jeffress tried a clamer approach. He cited John Jay, the first chief justice of the Supreme Court and co-author of the Federalist Papers, as a supporter of the idea that:

‘” a candidate’s religious beliefs should be a primary consideration in voting. Jay wrote, ‘It is the duty, as well as the privilege and interest of our Christian nation, to select and prefer Christians for their rulers.’ According to Jay, preferring a Christian candidate is neither bigoted nor unconstitutional.”

This is a less passionate argument about some trying to marginalized candidates' religious affiliations. People can respond to this claim in a reasoned way. And they have advancing the national conversation. Some pointed to Article VI of the Constitution, which prohibits religious tests for public office. This is a virtue of secularism in its political sense. Secularism excludes religion from state decision-making and endorsement to protect everyone's freedom to believe in whatever they like. Without that the State gets to endorse a particular religion, which includes the general idea of preference of religion over non-religion. The founders recognized that this can create a climate of distrust of non-adherents. That's what happened to non-Anglicans in colonial days. The worry is that from there religion becomes a tool of a religious-culture based nationalism. Then anyone not in the favored belief may be thought of as “unpatriotic.” We see a mild case of this in the Jeffres' discomfort with Mormonism. In Israel Palestinian citizens are not seen by some as trustworthy patriots, in Saudi Arabia, well that cultural conflct story goes on.

On Wall of Separation, the official blog of Americans United for Separation of Church and State, Joseph L. Conn thanked the Rev. Robert Jeffress for igniting a conversation on: why a “candidate’s faith matters or not”. Conn observed that Jeffress “just won’t shut up, and for that, I thank him.”

Conn and others took it as an opportunity to explore the ideas inherent in Jeffress’ main claim that:

ous beliefs define the very essence of who we are” and so evangelicals should vote in the GOP primary for a man who is “both a competent leader and a committed Christian.”

The idea of essential American Christian identity is a divisive topic and needs to go beyond talking points. A little bit of history and reasoning can be added to the conversation. There are many places where this has already been discussed including the idea of claims of moral superiority such as in Sam Harris’ Letter to a Christian Nation. If this topic comes up in a neighborhood near you these are the types of things to elevate the conversation and knock back claims of religious marginalization. Ever see the numbers on religious affiliation in Congress??

In this climate we need to avoid emotional conversational mêlées. There a real opportunity to show

the defects in the 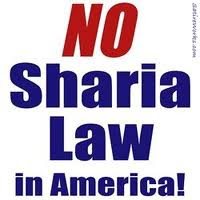 religeo-centric idea of being governed by biblical principles. It helps to frame the conversation around reasoned ideas of law and governance. It can include pointing to the obvious defect of being subject to something analogous to Talmudic or Sharia law. Far better to have political leaders who govern by reason and respect majority views. People on the whole see the wisdom of keeping narrow religious values out of the political conversations. In this they follow the idea of Democracy as envisioned by the founders. They followed the Enlightenment in looking to reason and not the Bible for political principles.

I have been trying to write a poem about Cain, but his campaign will likely implode before I finish. Here is what I started. Feel free to finish it.

Can anyone finish this?

lucette said...
This comment has been removed by the author.
Sunday, 30 October, 2011