The Islamization of London University 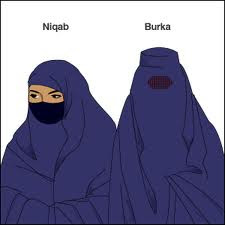 (Thank you for not provoking my uncontrollable lust)
By Hos
Would you expect Sharia rules anywhere more than Londonistan? According to norms of cultural sensitivity, London University is considering banning sales of alcohol on campus, pandering to Muslim students who make up one fifth of the students. Presumably, they are calculating that the four-fifth who are not Muslims don't care enough about the issue to stop the matter from being decided by a minority, albeit a sizable one. It turns out that the majority of those students are women, and so they are also "much more cautious about portrayal of sex on campus" as well.
Posted by Hos at 22:52